on cockroach sandwiches, Brussels sprouts, and the nature of good and evil 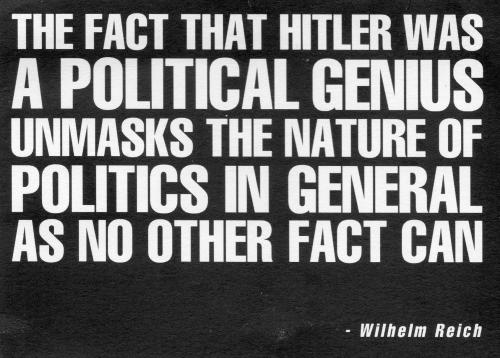 So I saw this on the Book of Faces the other day. And..yeah. I’m not convinced. Politics isn’t evil just cos somebody used it to do evil stuff. Word.

You see, while I admired the way that big ole WOB (white on black, dontcha know) (I didn’t know until I read a book about tabloid newspapers) can really grab your attention, I simultaneously made a face at my computer screen like a person who has just discovered a cockroach in their Pret A Manger sandwich*, and the cockroach is glaring at them.

[*Pret have probably never sold cockroach sandwiches. I just mentioned them because they were the first sandwich-sellers who came to mind. I patronised one of their excellent establishments on Saturday, and enjoyed my sandwich and coffee immensely. I met exactly zero cockroaches.]

Back to Hitler. I have two things to say about the quote above:

thing the first Hitler was a baddie. He was also a political genius (read: extremely popular). This shows that the argument ‘But everyone likes him!’ is totally fallacious. Just because everyone you know likes a bonkers shouty Jew-killer doesn’t mean you should too, or that what he’s doing is right. But I don’t think it means that politics = evil.

thing the second Rupert Murdoch is demonstrably a baddie (although so far hasn’t set up any gas ovens to kill people, as far as I know). He is  also a media genius (read: makes extremely popular newspapers). Does this mean that newspapers = evil?

Politics itself is neutral – neither good nor bad. It’s just a thing, by itself, waiting to have values and such imposed on it. Politics, saith the Wikipedia, is ‘the way we choose government officials and make decisions about public policy’. It also describes it as ‘the art or science of running governmental or state affairs’. That is not something, in and of itself, which can be good or evil. And the same goes for newspapers.

What Hitler did was *pause while I try to come up with a pithy synonym for the phrase ‘unspeakably evil’* ..yeah, well, you know what I mean. And he used politics to do it. He also used typefaces, and the power of speech, and some frankly terrifying facial hair.

At the most, what Hitler’s political genius says about politics is that it can be used for evil purposes. But so can words. So can books. So can hamsters, or Brussels sprouts, or Bruce Forsyth, or the London Underground, or your aunty’s knitting, or indeed almost anything. These things can all, however, also be used for good. (Except possibly the sprouts.)

So shall we all stop claiming that things are baaaaad just cos the person who’s using or doing them is baaaaaaaaaad? That would be another helpful step along the road to world peace and happiness and tea and toast all round. Thanking you kindly.

Important disclaimer: I don’t know much about Wilhelm Reich or the kinds of things he said, so it’s just possible that the quote above makes more sense in context. What I do know, however, is that he had excellent hair: 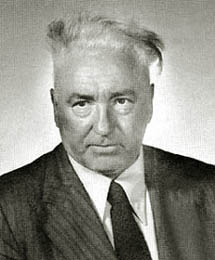 This proves nothing. Hair is neutral too.

11 responses to “on cockroach sandwiches, Brussels sprouts, and the nature of good and evil”