why i wash my dirty laundry at home

Today’s post is brought to you by a very special lady indeed. Elizabeth Pruett is a talented actress, singer, and writer, and also my friend. She’s agreed to share some of her wisdom with you. Without further ado, I present: my first guest blogger!

I’m not a perfect person.

No, really. I know it’s hard to believe, but I’m not. In my (sort of) young life, I’ve made plenty of mistakes. Oh yes. I’ve had my share of ‘oh I REALLY wish I hadn’t done that’ moments. 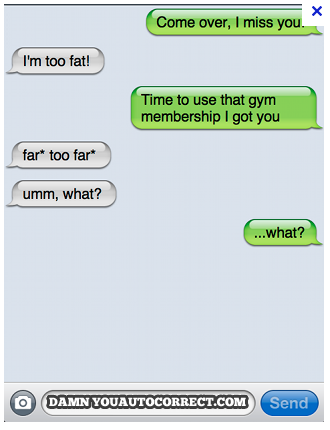 Once, I had my hair cut in what turned out to be a sort of glorified mullet. Another time, I unsuccessfully tried to drive across the US border into Canada without my ID – a trip that didn’t end well.

I made myself (and friend) dreadfully ill from a self-inflicted combination of too many cupcakes and quesadillas + too much Pimms and sun. I took a chance on some out-of-date pesto. I spectacularly failed twice at an audition for a prominent casting director when I forgot the words to my song, insisted on starting over, and then forgot the tune.

You see? Not perfect.

But most of my failures have been fairly private ones. At least my mistakes aren’t paraded across the front page of every newspaper, magazine and website in the world. And I can choose the ones I want to share with you.

It’s been over a month now, and I still can’t get over how obsessed the media is with digging up every juicy detail about ‘KStew’ and ‘RPatz’.

Don’t actually click on this, though. It doesn’t go anywhere.

One of Hollywood’s most private celebrity couples had their dirty laundry smeared all over the universe when a gossip mag published photos of Kristen canoodling with her married director. Suddenly, everyone had an opinion about what would have been, for the average couple, a private matter. Apparently, Kristen was receiving hate tweets from strangers for her actions.

Do we really have the right to point fingers here? Maybe Kristen made a mistake. Maybe her director What’s-his-name forgot he had a wife. Maybe Rob’s not perfect either. Maybe they should be allowed to work out their problems in peace.

For some people, this intrusion of privacy is the price of fame. One anonymous commenter said:

This is the life Ms. Stewart has chosen. Do not say that she is a victim in this or place blame on the paparazzi or media. In life, one always has a choice.

As both an actress and an intensely private person, that sentiment horrifies me. I’ve never quite come to grips with the idea of fame and everything it involves. For artists to experience even moderate success, we have to become ‘known’. People in the industry are more likely to hire us if they know who we are and what we are capable of. Audience members are more likely to buy tickets to see us if they recognise our names. But does that mean that I no longer have the right to a private life outside of the public eye?

I feel for the poor actresses who have magnified photos of their cellulite on the Internet, and I nearly wept in sympathy when I heard about Kate’s holiday intrusion. Some celebrities may relish whatever attention they can get (‘Any press is good press’), but I’m pretty sure the Duchess of Cambridge felt violated over having her assets captured by a long-range lens and sold to the highest bidder.

Yes, Kristen’s alleged fling happened in public. In broad daylight. Yes, she could have been more discreet. I still say the photographer who captured the shots and sold them to a magazine was an opportunist who invaded her (their) privacy. And when we sit around relishing every juicy detail, well, we’re just as bad.

Thank goodness for Jodie Foster who provided a voice of reason in the whole mess. In a thought-provoking article, she recognised that this obsession with celebrities is rooted in human instinct.

There’s no guilt in acknowledging the human interest in public linens. It’s as old as the hills. Lift up beautiful young people like gods and then pull them down to earth to gaze at their seams. See, they’re just like us.

Aye, but here’s the rub:

Acting is all about communicating vulnerability, allowing the truth inside yourself to shine through regardless of whether it looks foolish or shameful. To open and give yourself completely….How can you do that if you know you will be personally judged, skewered, betrayed?…Actors who become celebrities are supposed to be grateful for the public interest. After all, they’re getting paid. Just to set the record straight, a salary for a given on-screen performance does not include the right to invade anyone’s privacy, to destroy someone’s sense of self.

6 responses to “why i wash my dirty laundry at home”